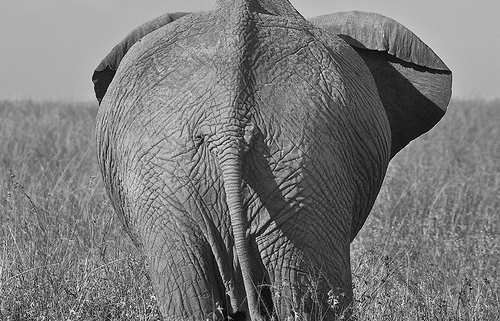 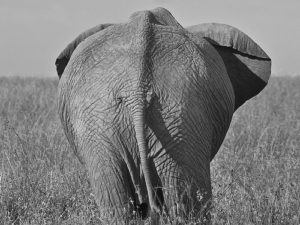 Being asked for feedback by organisations you supply – either directly or indirectly – is a bit like being asked “does my bum look big in this?”.

You know what you should say if you are being honest, but do you really want to go there!?

So we were pleasantly surprised – and  a little nervous – to be asked by Bristol City Council to give feedback on what it was like to work with them.

We are one of seven Bristol agencies on their ICT procurement framework, and the council is committed to procuring even more services from local ICT suppliers.

It’s a move we’d love to see echoed by other authorities in the UK. And not just because we are a supplier – but because we genuinely believe it’s an approach that offers the best value for money for taxpayers and the greatest scope for effective use of IT by local authorities.

The following are some of the key points we made about general public sector ICT procurement which we think would be useful for any local authority (or business for that matter) to take on board when commissioning web projects.

Thankfully for us, BCC is largely not guilty on all counts.

Think of it as a wish list from a digital agency that would really just like to be able to do a good job for you!

1: “No one ever got fired for buying IBM”

FUD (Fear, Uncertainty and Doubt) is still the biggest enemy of innovation and devourer of budgets in public procurement. The old adage about IBM still holds true – when a publicly-funded ICT project is procured there is a strong institutional sense of self-preservation that leads to using large, established businesses rather than trying more innovative, cost-efficient approaches that carry a perceived risk of the unknown.

Unfortunately – as evidenced in any number of large public ICT disasters – the only risk being avoided is the risk of being blamed for having taken an innovative approach. The risk to the project is often less taking on “unknowns” as long as they are, to quote Mr Rumsfeld, “known unknowns”.

Getting to know your local suppliers, understanding what makes a good one, building up relationships with them so you know strengths and weaknesses, matching groups of smaller suppliers into partnerships with capacity to deliver – these are what make your “known unknowns”, and – I’m glad to say – what BCC seems to be doing.

Also, collectives of individual expertise usually provide a much more fertile environment for innovation and flexibility than the more monolithic approach of larger organisations.

Its still common to see the public sector treating web development as though it is a pure IT discipline. IT departments often run web projects when 90% of what you are trying to solve with a web development are strategic, administrative and engagement problems, not technical ones.

We see a lot of public sector tenders, and in the vast majority of cases the focus of questions is on technology – or technology/design. There seems to be little consideration of digital strategy – and where there is, suppliers are being asked to set out strategy without the necessary knowledge and insight of organisational goals, audience, strategy, capacity etc to make anything but an educated guess.

BCC is largely an honourable exception here – although there was still an element, certainly at the beginning of the local supplier engagement programme, of trying to decide on platforms/technologies etc before sitting down to work out what we trying to achieve from a strategic point of view.

Quite often public sector web tenders are sent out before being market ready. They make assumptions on functionality and design that have not been validated in planning and consequently what is being asked for tends not to be the best solution – and as suppliers trying to win tenders we find ourselves having to commit to an approach to a project
that might well be the wrong one.

Personally, I think this is the single most cost-effective thing any public sector (and indeed private sector) organisation can do when commissioning a website.

Quite often tenders come out without a clear budget. This is significant as the entire approach to coming up with the most effective solution is hugely influenced by budget.

In all cases where we are asked to provide details of a solution, we will suggest the most effective approach with the best potential for ROI. This will, of course, often be the most costly approach in terms of initial investment. However, if there is a limited budget that doesn’t allow optimum solutions there will often be a “next-best” approach.

We’ve seen tenders where we have lost on price by suggesting an optimum approach. With guidance on budgets, we would have been able to take a budget-conscious “next-best” approach to the tender which would have at least allowed us to compete on a level playing field with those agencies that had guessed the right budget.

It would be very helpful to have budget clarity. If we still thought that you would achieve more ROI by spending more, at least we could flag this up rather than build our tender approach around an unachievable budget.

As I say, BCC is just about the only public sector organisation we know that seems to be moving in the right direction with this stuff – which is probably why its the only one brave enough to ask for public feedback on it!