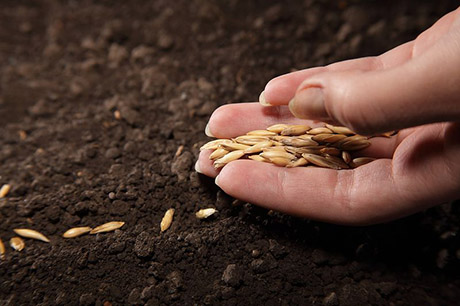 “Charities need to do more farming and less hunting” – this quote from the son of a man whose personal details were sold on more than 200 times by charities very neatly sums up the changing landscape for fundraisers in a more connected world.

After a spate of bad publicity over the aggressive approach taken by some charities in their fundraising, tougher rules and a new regulator could be introduced to try to curb some of the more controversial practices.

At the heart of the scandal is the idea of aggressive and invasive targeting of individuals – of charities stepping in uninvited to people’s homes and personal spaces and applying pressure to get money.

While the practices highlighted in the media – and their outcomes – are extreme, the issue is much more than a few charities stepping over the line.

In a more connected world more data is available and more “hunting” is possible. But at the same time, people are choosing more than ever to engage with charities strictly on their own terms, and to call charities out if they don’t respect that.

The result is that charities who aggressively target may be seeing short-term gains at the long-term cost of their brand, reputation and relationship with donors.

We highlight in our workshops that the biggest donor demographic – baby-boomers – is more likely than any other to check out your reputation online before engaging with you. And the younger demographics are more likely to share bad experiences with charities.

The best engagement works when charities let the donors come to them. The people they are “hunting” can just as easily be “farmed”. They are out there,but rather than using data to track them down charities can use that data to sow the seeds of engagement and nurture people to grow them into long-term supporters.

Engaging with potential donors through conversation on their platforms and on their terms; being open to questioning; enabling donors to find you because you meet their needs rather than finding them because they meet yours – these are the approaches charities will need to take in future.

Donors increasingly look for value-exchange with charities. Its much less the case now that people give money to support a charity’s work, rather they are giving money so that charities can support their work. They want to make a change and the best way to fulfill their personal goal is to pay a charity to do it for them.

It’s a subtle difference – but a big one: more than ever, donors want control.

And this includes control over how, where and when charities communicate with them.

The charities that understand this are those that will survive the evolution in giving from hunter-gathering to joined-up communities.