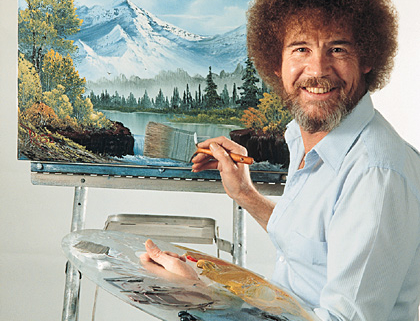 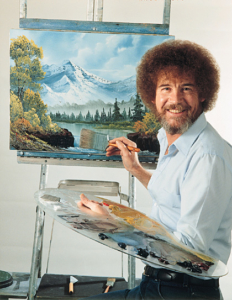 Bob Ross – what can he teach us about broadband?

Among the many words of praise for the late Steve Jobs was this quote from one blogger: “What Steve Jobs did with Apple stopped me from looking at a computer as a tool and began making me think of it as a paintbrush to make my mark on the world with.”

The true genius of Steve Jobs was that he recognised the vast majority of the public are not interested in technology  – they are interested in the Stuff they can do with it – particularly when that Stuff is game-changing.

It’s a message that is vital to the success of one of the few areas of major public investment in these difficult times.

With millions being invested in next generation broadband through projects like BDUK, there is an imperative to ensure that businesses “get” broadband in the same way the public “got” the iphone, itunes or the ipad.

There sometimes seems to be an assumption with superfast broadband that “if we build it they will come”. However, the evidence is, they won’t – not without a reason.

BT has expressed disappointment at the low levels of take-up of its next-generation fibre-to-the-cabinet (FTTC) technology in some areas, despite intensive (and expensive) investment in infrastructure and marketing.

The over-riding reason for this is pretty simple – most people aren’t interested in higher broadband speeds, they are interested in Stuff.

We recently ran a seminar in collaboration with The Open Innovation Project in which we looked at the role of innovation in broadband demand stimulation.

Innovation is absolutely central to engaging the public and businesses with broadband – and it is innovation of the kind Steve Jobs understood.

Apart from the 10% or so of the population (lets call them geeks) that just have to have the latest technology or already use bandwidth intensive applications – as long as I can do these things, I’ve got no need to pay more to do them faster.

I will have a need when I see Stuff that I want to do but can’t do without superfast broadband.

The Joy of Painting

Jobs got this – the iphone wasn’t a better mobile phone, it was a pocket-sized entertainment, business, social and communication tool.

It’s a challenge for broadband demand stimulation that what it is that selling  is effectively just an infrastructure enabler. That’s not very sexy.  What it needs to do is identify, and encourage, innovation in what can be done with broadband – and in the understanding of what can be done.

Jobs’ genius was to recognise that innovation is not always about new technology, but often simply about making technology do Stuff that was new, relevant and exciting – and then making sure people knew about it.

Just as Jobs made people see the computer as a “paintbrush” rather than a technical tool, the responsibility of broadband demand stimulation is to make people see superfast broadband as the “paint” that allows them to create new ways of working, and living.

But it is the creation that interests us – the act of painting not the tools we use. Tell people how good paint is and they won’t buy, show them the joy of painting and they will.